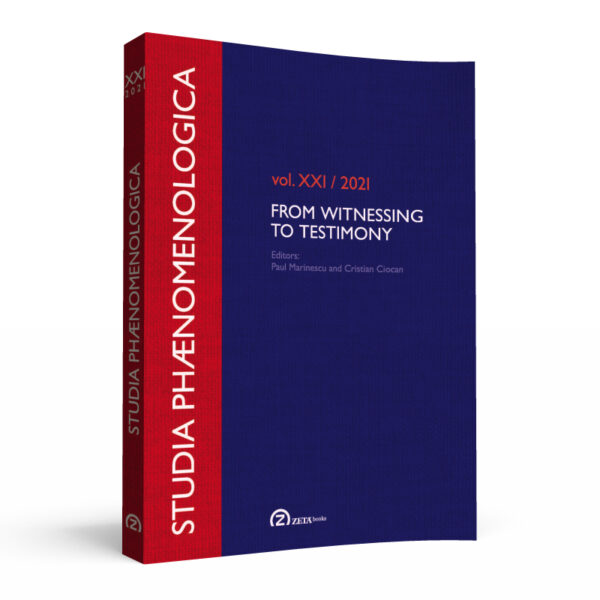 Gert-Jan van der Heiden,  Testimony and Engagement: On the Four Elements of Witnessing

Rafael Pérez Baquero,  Witnessing catastrophe: Testimony and historical representation within and beyond the Holocaust

Cassandra Falke,  The Reader as Witness in Contemporary Global Novels

EXTENDED DEADLINE: 1st of September 2022 Editors: Emmanuel Alloa and Cristian Ciocan The 2023 issue of Studia Phaenomenologica will be dedicated to the question of the image and its phenomenologies. Images have been a remarkably constant preoccupation for the...