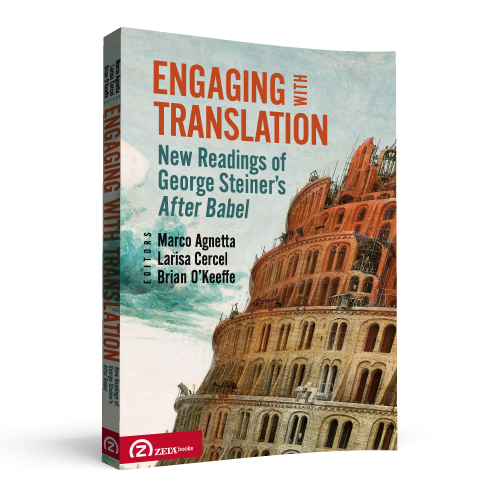 George Steiner was a peerless scholar of literature and, with  After Babel, first published in 1975, he made an enormously significant contribution to the study of translation. The present volume assembles a dozen distinguished scholars of translation, all of whom offer distinctive engagements with Steiner’s work. In doing so, they demonstrate that  After Babel  has not lost its power to galvanise contemporary research in translation and interpretation studies even today. It is to be hoped that Steiner, who sadly passed away in February 2020, would have appreciated this new collection of essays and received them as a sincere homage to his work. The present volume can also be considered as a celebration of his last birthday in 2019, as well as a celebration of the 45th  anniversary of  After Babel’s  publication. Published under the auspices of the  Hermeneutik und Kreativití¤t  Research Centre based at the University of Leipzig,  Engaging with Translation. New Readings of George Steiner’s After Babel  commemorates the intellectual creativity and hermeneutic dexterity of George Steiner, an unrivalled figure in the field of literary interpretation and translation studies.

CfP: Phenomenology and the Limits of Experience (21–23 September 2023, University of Bucharest)

Organized by: the University of Bucharest (ICUB) and the Romanian Society for Phenomenology Keynote Speakers: Natalie Depraz, Saulius Geniusas, Sara Heinämaa The recent publication of Husserliana XLII, Die Grenzprobleme der Phänomenologie, in 2014 has revitalized a...

Call for Papers: Phenomenology and the Sciences: Between Foundation, Clarification, and Material Contributions. Studia Phaenomenologica XXIV (2024)

Call for Papers: Phenomenology and the Sciences: Between Foundation, Clarification, and Material Contributions. Studia Phaenomenologica XXIV (2024) Guest Editors: Andrea Altobrando and Simone Aurora What can phenomenology say nowadays concerning the sciences? Is...