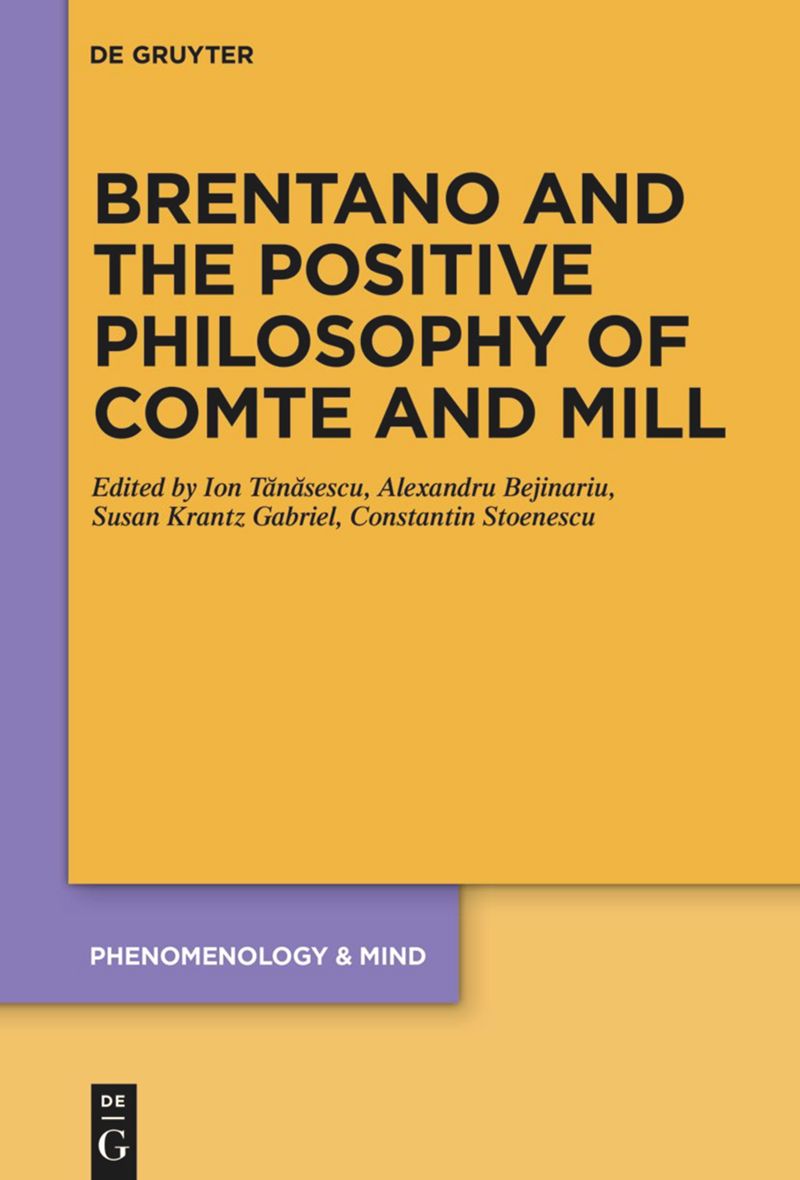 Before now, there has been no comprehensive analysis of the multiple relations between A. Comte’s and J.S. Mill’s positive philosophy and Franz Brentano’s work. The present volume aims to fill this gap and to identify Brentano’s position in the context of the positive philosophy of the 19th century by analyzing the following themes: the concept of positive knowledge; philosophy and empirical, genetic and descriptive psychology as sciences in Brentano, Comte and Mill; the strategies for the rebirth of philosophy in these three authors; the theory of the ascending stages of thought, of their decline, of the intentionality in Comte and Brentano; the reception of Comte’s positivism in Whewell and Mill; induction and phenomenalism in Brentano, Mill and Bain; the problem of the “I” in Hume and Brentano; mathematics as a foundational science in Brentano, Kant and Mill; Brentano’s critique of Mach’s positivism; the concept of positive science in Brentano’s metaphysics and in Husserl’s early phenomenology; the reception of Brentano’s psychology in Twardowski; The Brentano Institute at Oxford. The volume also contains the translation of the most significant writings of Brentano regarding philosophy as science.

CfP: Phenomenology and the Limits of Experience (21–23 September 2023, University of Bucharest)

Organized by: the University of Bucharest (ICUB) and the Romanian Society for Phenomenology Keynote Speakers: Natalie Depraz, Saulius Geniusas, Sara Heinämaa The recent publication of Husserliana XLII, Die Grenzprobleme der Phänomenologie, in 2014 has revitalized a...

Call for Papers: Phenomenology and the Sciences: Between Foundation, Clarification, and Material Contributions. Studia Phaenomenologica XXIV (2024)

Call for Papers: Phenomenology and the Sciences: Between Foundation, Clarification, and Material Contributions. Studia Phaenomenologica XXIV (2024) Guest Editors: Andrea Altobrando and Simone Aurora What can phenomenology say nowadays concerning the sciences? Is...